Carmelo Anthony, often referred to as "Melo" is a tremendously talented NBA professional basketball player for the Denver Nuggets, known for his smooth style and clutch jump shots.

Carmelo Anthony is pretty much covered in tattoos, mainly both his arms, chest and back.

Some of the tattoos on his right arm include, a flaming basketball with the letters "C A", the classic "Smile Now Cry Later" faces, but with a dagger in the head of the crying face.

He also has a snake wrapped around a dagger, on the outer portion of his right forearm along with a couple of stars and "Who Can I Trust" on his bicep.

Some of the tattoos on his left arm include, a bulldog with playing cards in the background, his nickname "Melo" with a flaming tribal tattoo design of sorts.

Some of Carmelo Anthony's other tattoo designs include, a spiderweb on his left elbow, "WB" just below his left shoulder, which stands for "West Baltimore".

Melo also has several phrases tattooed on his chest, one of which reads "No struggle, no progress".

Checkout these pictures of Carmelo Anthony and his tattoos. 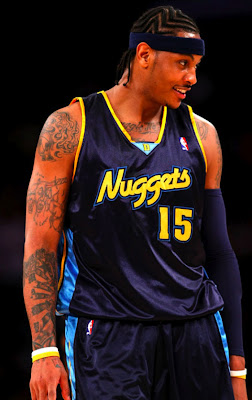 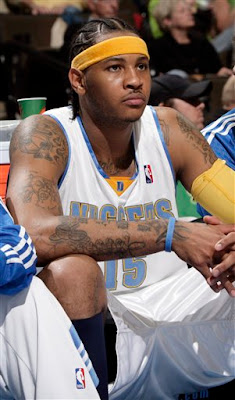 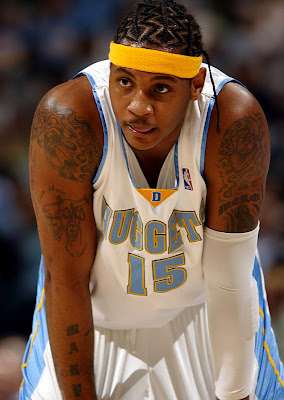 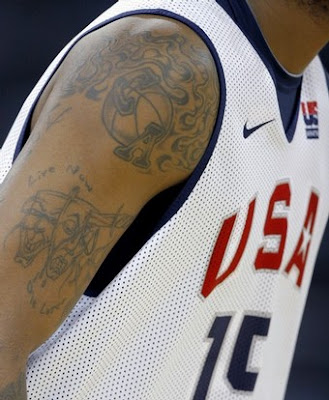 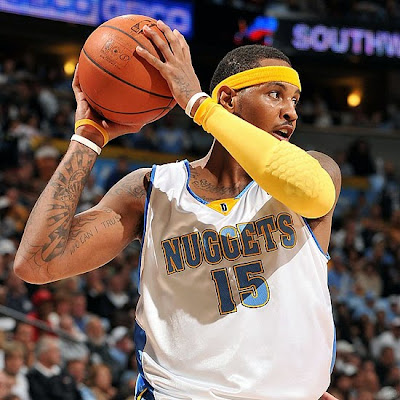 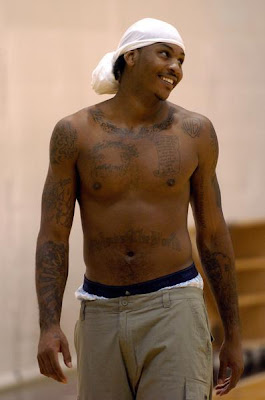 Rafael Araújo is a professinal Brazilian basketball player who has also spent some time in the NBA with the Toronto Raptors and Utah Jazz.

Rafael has quite a few tattoo designs, mainly on his arms and back.

On his left arm is a tattoo of a hand holding a basketball, along with 3 Kanji characters.

On his right arm is a large tattoo of a cartoon style shark with its tongue sticking out, along with a couple more larger Kanji characters, on his bicep and shoulder.

Rafael Araújo also has a rather large tribal style tattoo across the top of his back. 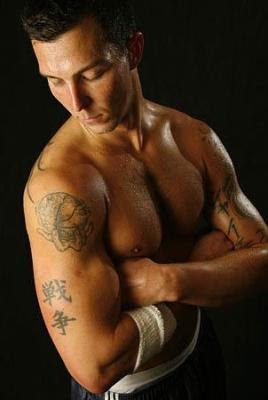 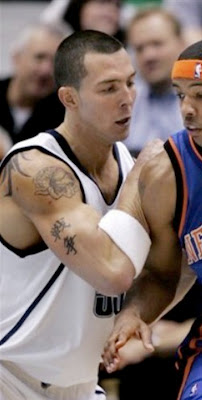 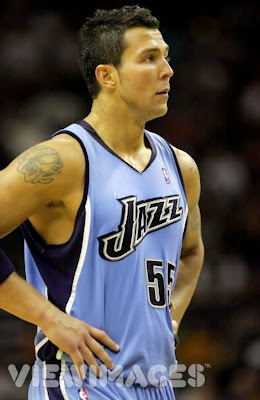 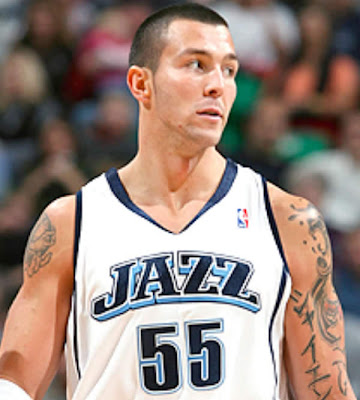 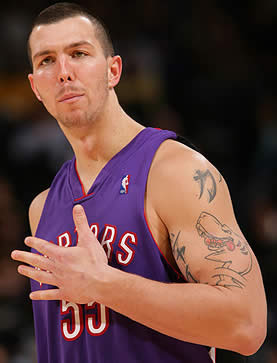