Kristanna Loken is an American actress, known for her role in movies such as Terminator 3: Rise of the Machines, BloodRayne, and on the television series Painkiller Jane.

Kristanna Loken has a handful of body artwork, including a native American symbol for strength and a personal crest on her back left shoulder.

Her other tattoos include, a horse on her left ankle, plus a crescent moon and star on each wrist. 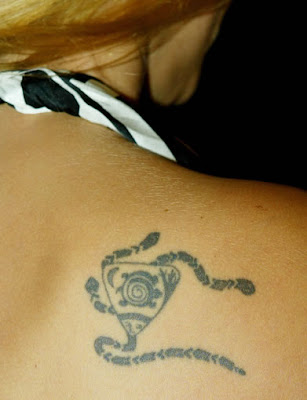 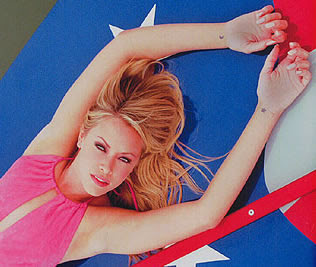 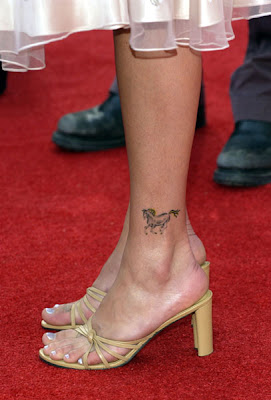